How It All Began

BABCO was founded during the Vietnam conflict in the hopes of creating a company which would truly provide quality products and service to military facilities throughout the world. We began by servicing the areas of Thailand and Vietnam in 1970 and gradually expanded our efforts to all areas in the Far East, including Japan, Korea, Okinawa, Guam, Philippines, Singapore, and Malaysia. In 1978, with our reputation firmly established, our sales manager went into Europe to hire and train sales representatives to cover Germany, the United Kingdom, Italy, Spain, Turkey and Greece. In 1985 BABCO again expanded its sales team to provide complete coverage of the United States, to include Alaska and Hawaii.

Over the years, we have steadily built a strong organization of knowledgeable and professional sales representatives of which we are extremely proud. Our representatives personally call on the customers in their territory as well as communicate via phone and email.

Our goal is to provide quality products, useful, up to date information, and the best service possible.

If we can be of service to you in any possible way, please do not hesitate to contact us.

Proudly Serving Those Who Serve 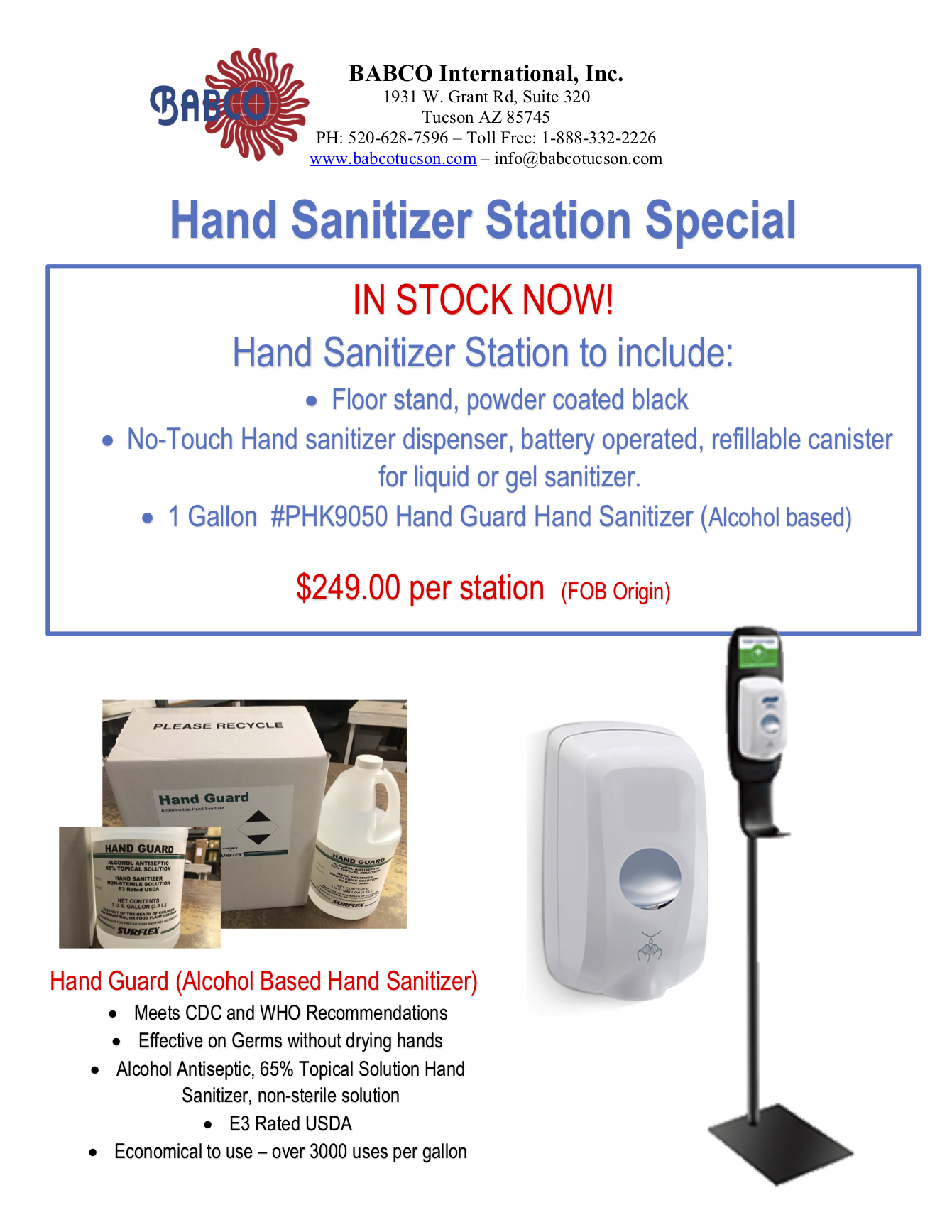